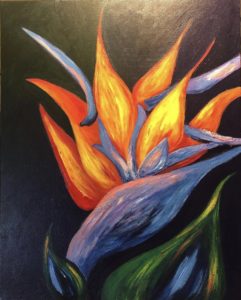 Kelly Pile is a self taught artist inspired by nature. Her painting style reflects her vision of color and the energy she feels. Open to create in any medium, she expresses most of her creative visions painting with acrylics, but also has fun with pen & ink and charcoal.

Kelly now makes her home in Bloomington-Normal, IL with her husband and children. She is currently a Paraprofessional in education. Kelly likes to share her creativity by participating in the local arts community, showcasing her work in local art shows, and teaching painting classes at “Merlot and a Masterpiece” in downtown Bloomington, IL. Feel free to check out some of her classes. 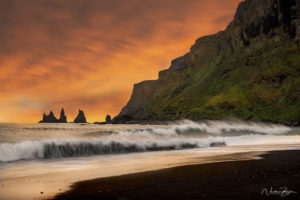 Vandana is a nature photographer. She loves being with nature, and capture her beauty. She says, “This is my way of living”. The photographs are her view, how she sees and feels about mother nature. Vandana likes to capture scenes that evoke emotions to the viewer.

Vandana is 55 yrs old, from Pune, India where she received a Masters degree in Computer Science, Devi Ahilya Vishwavidayalaya, India. She now lives and works in central Illinois as an IT Project Manager in addition to her photography. She did darkroom photography in college as a job, but never had much chance to handle the camera until much later. She tries not to alter her photos unless needed for creative purposes, However with the newer CS3, she does take advantage of creative digital tools for certain types of artworks. Though she loves traveling, and learning new cultures through her lens, it is her upbringing and the culture that root Hindi faith and principals of life that inform her photographs.

Vandana has been the recipient for several awards for her photography and is represented in several private collections internationally in India, Europe, and the United States. 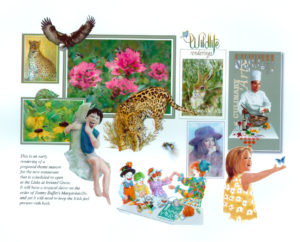 Ralston Scott Jones, began his art career in St. Louis, and was recruited to Bloomington/Normal in 1972 by McKnight Publishing as Artist/Publication Designer/Illustrator and Creative Director. He was accompanied by his wife Hiroko, and their two sons Brian and Kevin.

Fighting Multiple Myeloma cancer since 2006, he remains optimistic and continues to perform his art to his highest expectations, and adding the writing and illustration of his three children’s story books to his resume. Today as a member of the Art Circle, he is further motivated in art illustration, and design. This exhibit represents a few diversions of creative expression over the last 30 years.

Whether you know him as Ralston Jones, Scott Jones, or the unknown jones, he is very much a work in progress.